The Spanish Congress finally approved today -May 13th- the Climate Change and Energy Transition Law announced five years ago. However, this necessary and long-awaited law has missed the opportunity to tackle the climate emergency with ambition.

The road was long and required great efforts, not only from the Government and the Parliament but also from civil society. For example, Greenpeace and every environmental organization tried to influence the different process stages by presenting numerous amendments to improve the law, albeit not always with the same success.

From Greenpeace we consider a watered-down law. and a weak starting point for solving the climate crisis in one of Europe’s most climate change vulnerable countries; However the law has its pros and cons below is an analysis of 10 key aspects

A crucial element of any climate change law is to set ambitious climate targets; the law falls short in this regard. The goal to cut greenhouse gas emissions by 23% by 2030 compared to 1990 levels is insufficient to combat the climate emergency. If Spain is to ensure it does its part to limit global warming to 1.5 °C, 55% should be the minimum target. The law does establish that the percentage will be revised upwards in 2023.

Two controversial aspects of the law are the possibility for the transport sector to indiscriminately use “alternative fuels” and the promotion of fossil gas for road transportation. Although initially this measure was intended as a temporary solution for the aviation sector, the law now allows the use of specific fuels in the automotive industry, delaying the needed electrification of the automobile and reducing the availability of aforementioned alternative fuels.

The law steadily improved this point by giving more weight to energy renovation. Efficiency, demand management, self-consumption promotion are now part of a law that is geared towards establishing measures for the most vulnerable population. Energy renovation is vital for employment and green recovery. The law specifies Spain Government must draw a Building and Urban Renovation Plan. We request the plan to include ambitious energy-saving goals and the objective for at least 30% of renovated buildings to belong to vulnerable individuals.

The law puts an end to the exploration and exploitation of fossil fuel deposits. Although this sends a clear message regarding the use of this type of fuel, existing deposits may be exploited until 2042. Parliament improved the law by expanding Article 8; it now prohibits prospecting and exploiting radioactive mineral deposits such as uranium and bans uranium mining in Extremadura.

When the law enters into force, it will directly affect any town with over 50,000 inhabitants as they must implement Low Emission Zones before 2023, similar to Madrid Central and Barcelona ZBE. This mechanism, present in more than 250 European cities, will effectively diminish the numbers of cars provided administrations set ambitious criteria, which are yet to be defined. The law also specifies the end of combustion engine vehicles, a positive note clouded by the implementation delay. The 2040 horizon is obsolete as Europe is setting course for 2035, plus it is far from the necessary 2028 horizon. The law includes additional transport and mobility measures that must be developed and specified under the future Mobility Law.

The law highlights the positive externalities of terrestrial and marine carbon sinks -blue carbon-, especially the ecosystem services of agricultural and forestry sectors; this is a step in the right direction but must be specified. Plus, the goal of marine environment planning and management is to improve its resilience to the effects of climate change; this is especially important in coastal management, which must follow the guidelines and measures contemplated in the Spanish Strategy for Adapting the Coast to the Effects of Climate Change. The law now specifies a mechanism that includes an exclusion zone map to prevent possible negative impacts on biodiversity due to the necessary development of renewable energies.

The law establishes public procurement measures, including technical requirements for criteria to lower emissions and carbon footprint. It also points to our diet as a weapon against climate change. Although this is a step in the right direction, it needs more detailing and commitment to healthy and sustainable foods, as “fresh and seasonal” do not mean foods do not come from destructive agribusiness.

8 – Advances in the financial system.

The law includes several improvements regarding climate finance, such as the obligation for business and financial sectors to present an annual report evaluating the risks related to climate change. Plus, financial institutions must publish specific decarbonization targets for their loan and investment portfolio in line with the Paris Agreement. However, the maximum achievement is the need for the Bank of Spain, the CNMV (National Securities Market Commission), and the Directorate-General for Insurance and Pension Funds to write a document on their compliance with the Paris Agreement and the EU’s regulations based on future scenarios. They must submit the report to the Parliament every two years.

9 – Need for a tax reform to incorporate green taxation.

Though taxation is an essential pillar for a green and fair recovery, it was included at the last minute and is hardly mentioned throughout the document, only concerning Spain’s economic recovery. The only measure is the creation of an expert committee to run an analysis. We need a comprehensive and progressive tax reform to redistribute wealth. Spain must also develop a green tax system that implements the polluter pays principle and encourages more sustainable behaviors.

According to law, a minimum percentage of Spain’s national budget -equivalent to that agreed within the Multiannual Financial Framework of the European Union- must be used to have a positive impact in the fight against climate change. The percentage initially set at 30% should be increased to 40% minimum. The law also establishes Spain Government will review it upwards before 2025. We will keep an eye to see how this commitment plays out in subsequent budgets. However, the law is a two-edged sword regarding financing, allowing up to 25% of revenues from the auction of emission allowances to offset industries to continue to pollute. 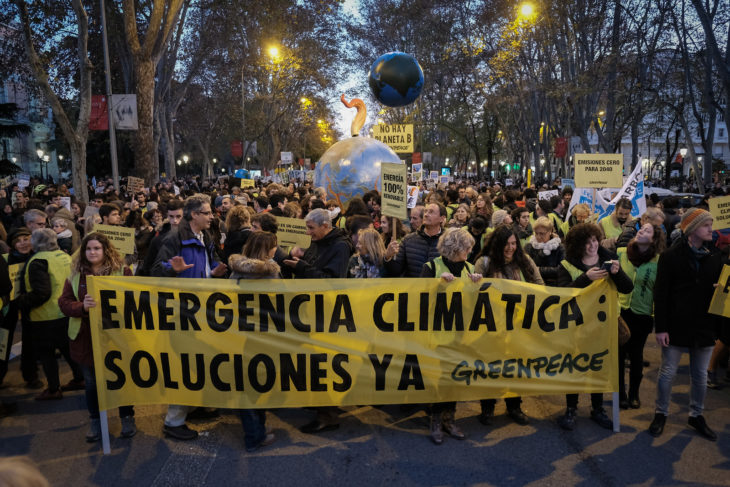 Many issues that would improve the law are left out: target ambitions, the inclusion of industries such as agriculture, binding targets for energy communities, and the elimination of subsidies to fossil fuels and other sectors that threaten our climate, such as aviation and industrial agriculture; plus, prohibiting fossil fuel advertisement and banning air travel that could be done by train in less than 2.5 hours, like other European countries already contemplate.

This moment is crucial if Spain wishes to make a transition compatible with 1.5°. The fight against climate change and biodiversity loss must be at the heart of every policy. The Climate Change and Energy Transition Law is not the ambitious starting point we need. We must define the law to abandon fossil fuels and advance towards an ecological transition and a fair and green recovery. 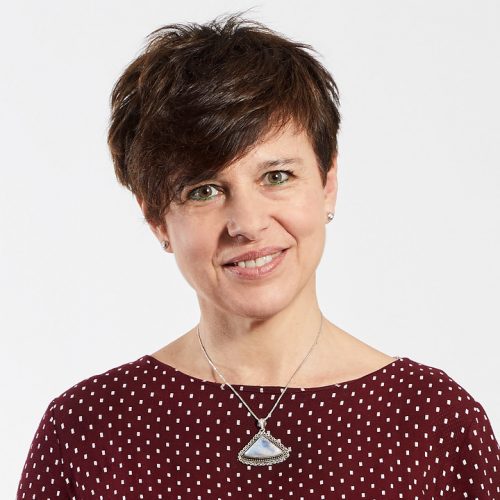 We use cookies on our website to give you the most relevant experience by remembering your preferences and repeat visits. By clicking “Accept”, you consent to the use of ALL the cookies.
Cookie settingsACCEPT
Manage consent

This website uses cookies to improve your experience while you navigate through the website. Out of these, the cookies that are categorized as necessary are stored on your browser as they are essential for the working of basic functionalities of the website. We also use third-party cookies that help us analyze and understand how you use this website. These cookies will be stored in your browser only with your consent. You also have the option to opt-out of these cookies. But opting out of some of these cookies may affect your browsing experience.
Necessary Siempre activado
Necessary cookies are absolutely essential for the website to function properly. These cookies ensure basic functionalities and security features of the website, anonymously.
Functional
Functional cookies help to perform certain functionalities like sharing the content of the website on social media platforms, collect feedbacks, and other third-party features.
Performance
Performance cookies are used to understand and analyze the key performance indexes of the website which helps in delivering a better user experience for the visitors.
Analytics
Analytical cookies are used to understand how visitors interact with the website. These cookies help provide information on metrics the number of visitors, bounce rate, traffic source, etc.
Advertisement
Advertisement cookies are used to provide visitors with relevant ads and marketing campaigns. These cookies track visitors across websites and collect information to provide customized ads.
Others
Other uncategorized cookies are those that are being analyzed and have not been classified into a category as yet.
GUARDAR Y ACEPTAR